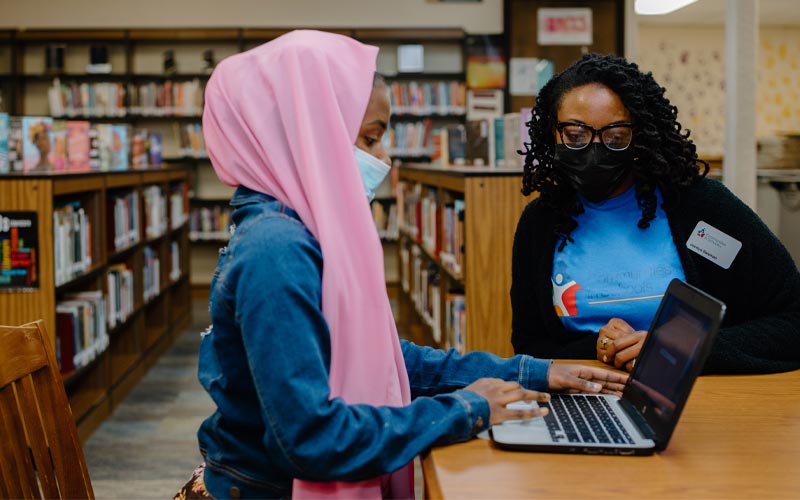 Published in the Richmond Times-Dispatch, February 12, 2022

While we may not always have had the same views throughout our political careers, there is one thing we always have agreed on: Every child deserves access to a world-class education, and that starts with ensuring every student and family has access to resources that make success in school achievable.

This shared conviction is why we served as founding co-chairs of Communities In Schools of Virginia (CIS-VA) in 1999. The national CIS network partners with schools in 26 states and the District of Columbia to provide whole-child, integrated supports to more than 2 million K-12 students growing up in poverty who face disproportionate barriers to success.

Without a community of support, these students face the highest risk of falling behind or dropping out of school altogether. When that happens, they jeopardize their earning potential and are more likely to live in poverty and have adverse health outcomes, feeding a vicious cycle. The human cost — to them, their families and their communities — is incalculable.It has been gratifying to witness the growth of the CIS network. What started as two affiliates in the Greater Richmond region now extends to Petersburg, Hampton Roads, Bristol and surrounding counties in Southwest Virginia, and Northern Virginia.
At its inception, CIS served two school districts and approximately 13,000 students. Now, its reach spans six regions, 19 school districts and 123 schools (80,000-plus students) in primarily high-poverty communities. Much of this growth has been possible through bipartisan investment from the commonwealth — investment that, as independent nonprofit organizations, CIS-VA and its affiliates more than double in privately raised funds every year.

A second key factor in CIS’ growth is that its success is proven by data. At a national level, multiple third-party studies have proven the CIS model positively impacts graduation rates and returns $11.60 for every dollar invested into the community. CIS’ model is centered on empowering its staff and school partners to measure what matters and make real-time decisions that drive whole school and individual success.
The CIS model of integrated student supports prioritizes trust-building between families and schools, fostering a community of peer support that increases comfort in the school environment. We know from the research that when parents are engaged in their child’s learning, students are more likely to succeed.

The impact of that relationship-based engagement is evident in the outcomes reported by CIS. In the 2021 school year, 4,145 of Virginia’s most vulnerable students received intensive, individual case-management support. Of these students, 95% advanced to the next grade, 88% of seniors graduated or received a GED, and 95% of those who graduated had academic or career plans. Additionally, 84% improved their attendance, academics and/or social and emotional learning skills.

As founding chairs of CIS-VA, we are encouraged that current state budget recommendations continue a decade of bipartisan prioritization of supporting at-risk students and high poverty schools, including increasing investment in CIS and establishing a Community School Fund designed to catalyze the advancement of the Virginia Community School Framework throughout the commonwealth’s school divisions.
The framework acknowledges equitable engagement in school is only possible if support is provided in four key areas: basic needs; emotional and mental health; student engagement and motivation; and family and community engagement. It also reflects substantial evidence of the impact community schools have in making crucial resources available and removing barriers — factors that can make or break a child’s chance to ignite their potential.

American Rescue Plan Act funds have been instrumental in providing nonacademic supports such as food and supplies, mental health services, and social and emotional learning programs. But for the most under-resourced schools and districts, numerous competing needs still make investment in integrated student supports difficult. Supporting current recommendations before the General Assembly to fund CIS, and a Community Schools Fund to create new student support programs across the commonwealth, will allow our communities to build on these one-time dollars and facilitate immediate benefits for thousands of students, especially those in our highest-need school districts.

Now is the time for the commonwealth to help school divisions invest in a cost-effective framework that puts students at the center of a caring community of support. As a private organization in strong, collaborative partnership with schools, CIS is uniquely positioned to foster creative solutions and offer important reinforcement to the work of school staff members. Virginia’s kids deserve every chance to take charge of the future they want for themselves and to catch their dreams.

George F. Allen served as the 67th governor of Virginia from 1994 to 1998 and as a United States senator from Virginia from 2001 to 2007. Contact him at: GAllenStrategies@gmail.com

Mark R. Warner served as the 69th governor of Virginia from 2002 to 2006. He is currently the senior United States senator from Virginia, an office he has held since 2008. Contact him using the web form at: warner.senate.gov 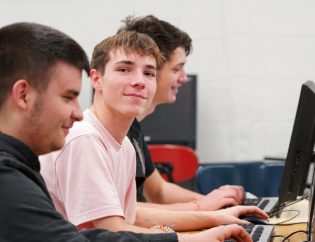 vamtam-theme-circle-post
 Category Article
For more than two decades, the Communities In Schools of Virginia network has been the...
Read More 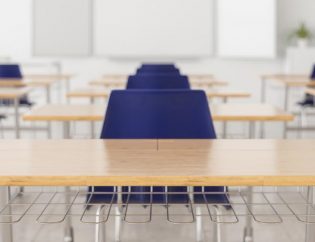 vamtam-theme-circle-post
 Category Article
With an estimated three million students in the US disengaged from school, the road to recovery for our schools will be a long one. Communities In Schools ® President and CEO Rey Saldaña and Shaquille O’Neal share from personal experience why ensuring equity in education will take more than reopening buildings.
Read More

CIS-VA can help expand Virginia’s Community School FrameworkCIS model affirmed by transformative national investment